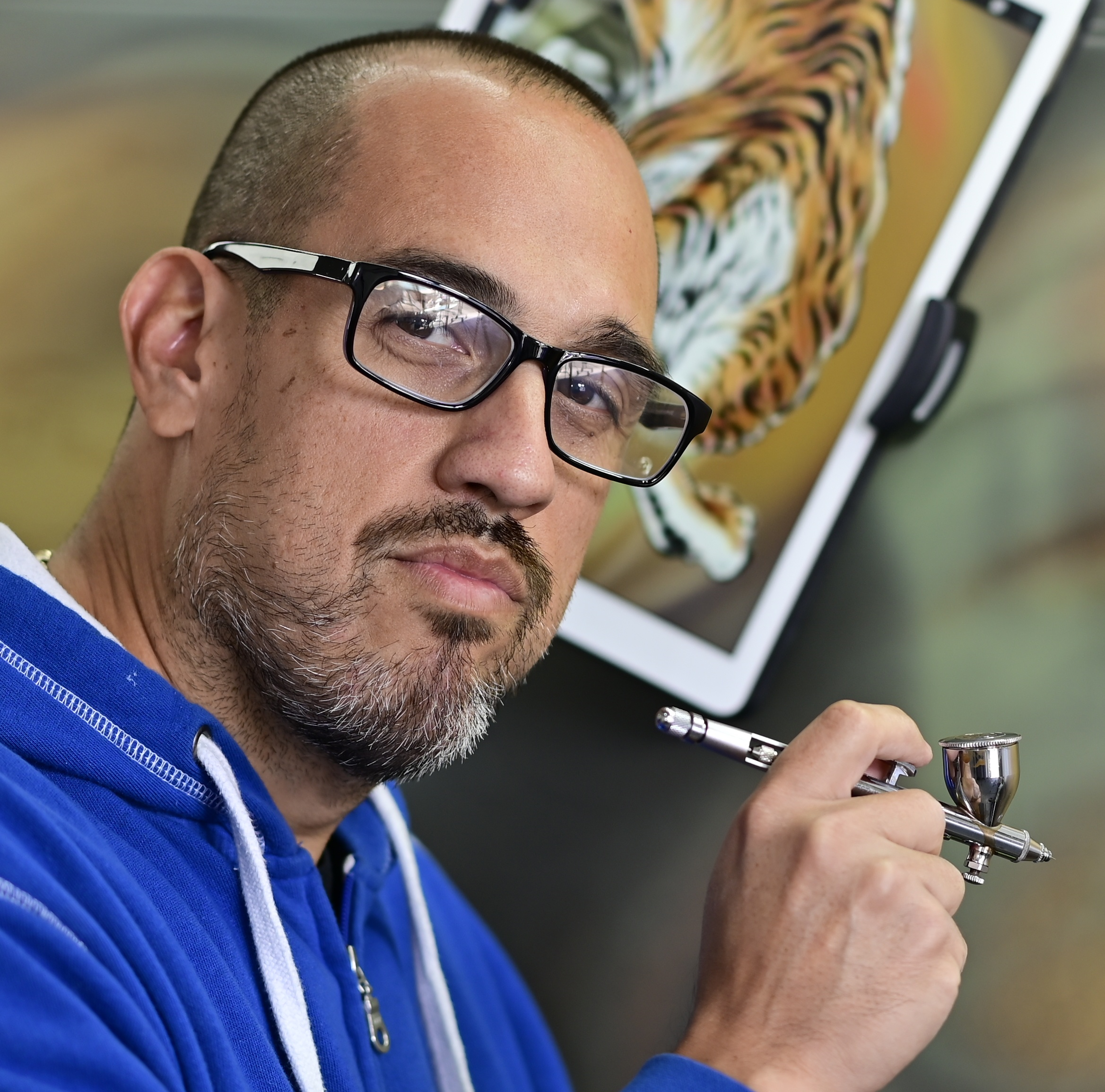 Alan Pastrana has been airbrushing for over 25 years. But he’s come into the spotlight recently for designing Kanye West’s airbrushed tribute T-shirt, featuring West’s late mother, Donda, on the front and Kim Kardashian West’s late father, Robert, on the back. The T-shirt was worn by Kanye and sold at his Yeezy Season 3 presentation at Madison Square Garden in February of this year, and Pastrana has been getting tons of attention ever since.

But the Queens-bred, Connecticut-based Pastrana recently told me that he “almost didn’t do the job.” He didn’t want “to be known as the guy who did the designs on Kanye’s shirt,” as Kim Schraub, one of West’s team members, told him he would be.

Pastrana started doing his artwork on clothing in the late ‘80s. “I was heavily into hip-hop. I started doing designs on jeans with markers. I would wear them to school, and people would see and order stuff from me. I even had teachers taking orders while I was in high school,” he says. It wasn’t until a few friends told him that people were doing similar designs on jeans and jackets, too, but airbrushing them, that he explored that medium.

“There was this clothing boutique called Uniques Clothing in the village. Somebody had referred me to them. They would sell jeans, jean jackets, sweatshirts, and you could purchase whatever you wanted. They would have six or seven airbrush artists right in the windows,” Pastrana says. Since there weren’t any classes for airbrushing that he was aware of, or could afford for that matter, he’d hang around Uniques endlessly. “I would just stand there over their shoulders and watch them as they would airbrush. That’s kinda how I learned. I would just stand there for hours. I didn’t even ask questions. I was just watching the artist work.”

As a birthday present, Pastrana’s father gave him his first compressor and airbrush. Immediately, he started doing designs on his clothes, as he’d done previously with markers, and wearing them to school. Just like before, classmates started taking orders and Pastrana had his own little operation, “I would airbrush jackets and lot of jeans, names, graffiti, characters, you name it, I did it all.”

Pastrana decided to take his artwork a little more seriously after graduation, attending New York’s Fashion Institute of Technology. However, he went for art, not fashion. It was there he learned color theory and composition and explored mediums like oils, watercolors, pens, and pencils. They even had an airbrushing class. “I didn’t really know what I was doing those days. I just picked something and followed my gut.”

Following graduation, Pastrana pretty much abandoned airbrushing on clothing. “The real money,” he explains, “was in automobiles, bikes, and race cars.” Pastrana worked with the Orange Country Choppers before that shop became famous, thanks to the Discovery Channel reality series, American Chopper. Following the pilot, though, Pastrana and OCC parted ways.

Continuing his custom car work, Pastrana continued to work out of his own shop in Connecticut. Earlier this year, he got a request from Kanye’s team. Although he’d been out of fashion for nearly 20 years, Pastrana’s designs caught the attention of the rapper’s camp.

“They hired me to do these jackets. I painted a couple of leather jackets for them and some shirts and stuff like that. All of a sudden they decided to scrap that whole thing, but they [still] paid me,” he says.

However, there was a backup plan: “Kanye wanted to create portraits of Donda West, his mother, and Robert Kardashian, Kim’s father. He wanted to create these designs and put them on on shirts.” There was a catch, though. “These guys, they don’t make it easy. [Schraub] was like, ‘Look, this is the idea we have.’ There was one stipulation. They had to be done by the next morning. That’s all the time I had. And I was like, ‘What!?’ They called me at five o’clock in the afternoon and wanted them done the next morning.” Schraub convinced Pastrana, and the following morning someone picked up Pastrana’s designs in Connecticut so they could be printed that day.

Now Pastrana is busier than ever. He’s done multiple designs for coats for North West and worked with designer Heron Preston on his Gap collection, which came out last month. He continues to work with both Preston and West, telling me that there’s more exciting stuff coming. Pastrana is right back where he started, making designs for clothing, and he’s totally good with that. “The cool thing about the whole situation is this: Kim [Schraub] was not kidding. I am known as the guy that painted Kanye’s shirt. At the time, I really wasn’t thinking about that. [But,] I am so busy now because of it. I am known as the guy that did this shirt,” he says.

Alan Pastrana has been airbrushing and Illustrating for over Twenty five years. He runs a reputable and successful business as lead artist and owner of Pastrana Unlimited Airbrush Studios, LLC. , of Plainville, Connecticut. Pastrana Unlimited specializes in automotive airbrushing and custom graphics, painting everything from custom choppers and hot rods, to canvas illustrations and even aircraft. 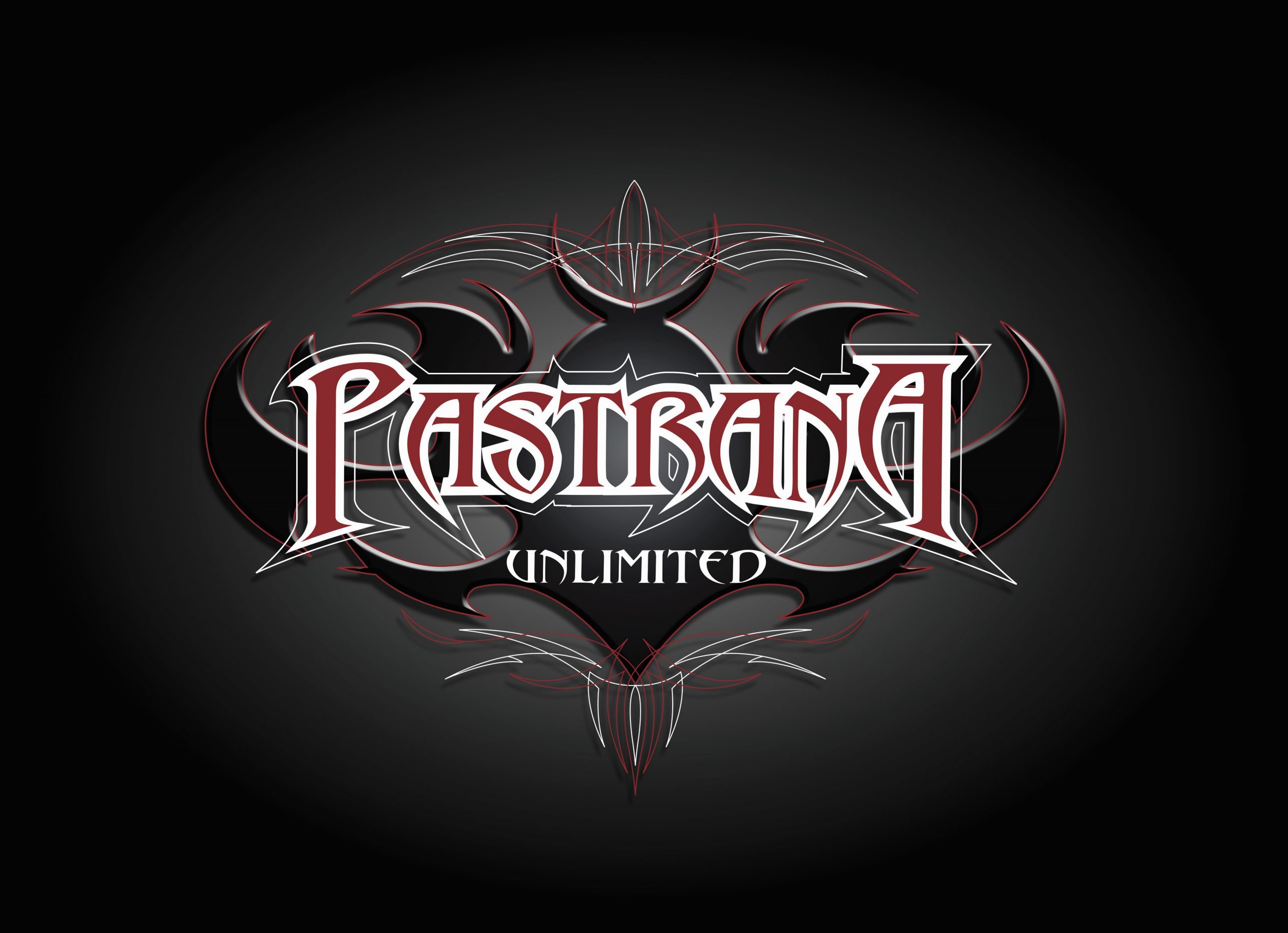