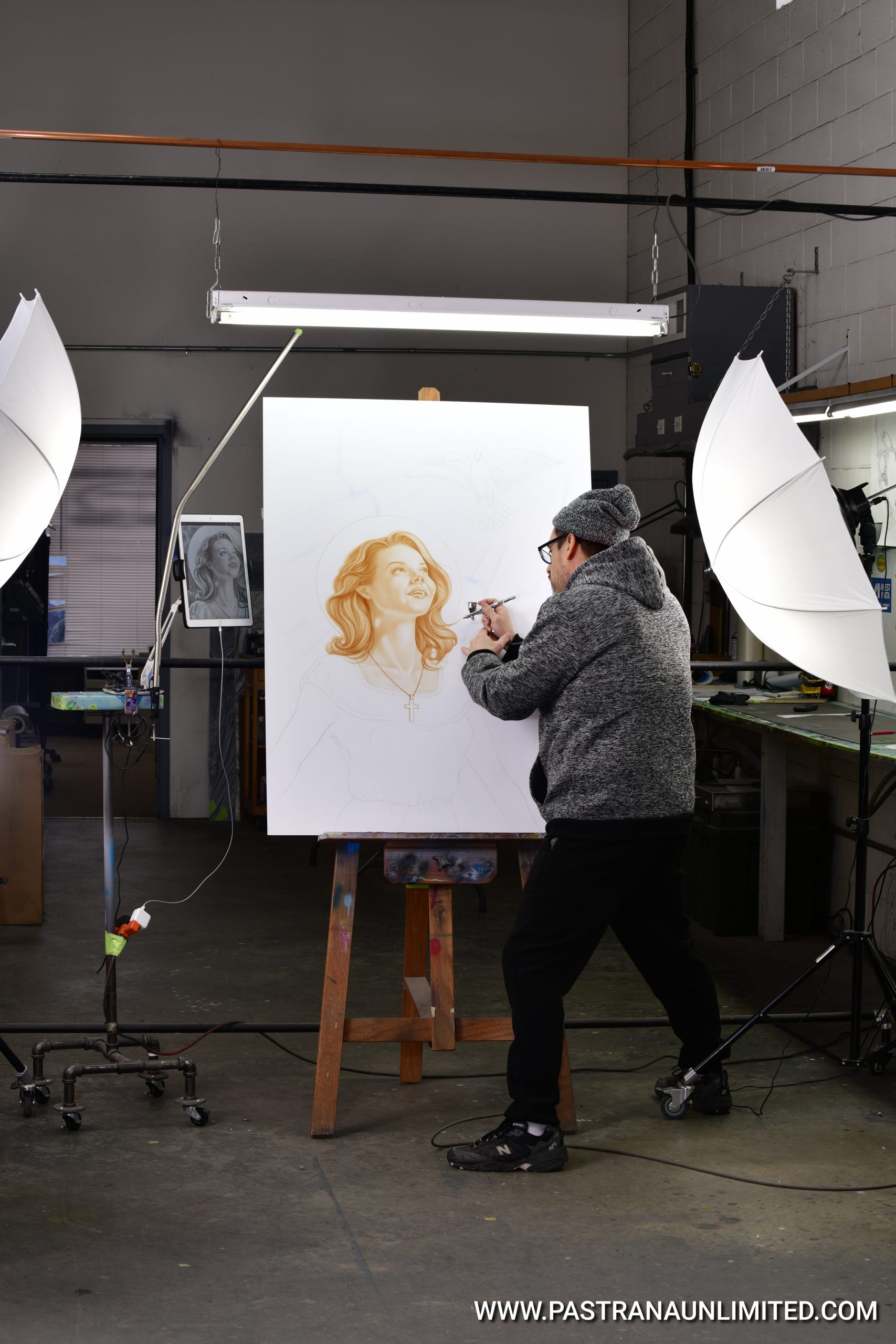 Alan Pastrana has been airbrushing and Illustrating for over Twenty five years. He runs a reputable and successful business as lead artist and owner of Pastrana Unlimited Airbrush Studios, LLC. , of Plainville, Connecticut. Pastrana Unlimited specializes in automotive airbrushing and custom graphics, painting everything from custom choppers and hot rods, to canvas illustrations and even aircraft. Alan is an extremely talented artist whose artwork has been seen in many publications, including Extreme Motorcycle Art, the book by Merrel publishing, Easyriders magazine (October 2007), European magazine Custom Motorruder (January 2008), Cover of Airbrush Step by Step (April 2014), V-Twin magazine (October 2007), and has been on three covers of Airbrush Action Magazine. He has a highly successful instructional DVD, Hip Hop Art with Alan Pastrana, and he’s currently head instructor of the Pin-Up class for the world-renowned Airbrush Getaway workshop program. Pastrana is also featured in Coastairbrushtv with his highly acclaimed instructional video “El Padrino”.